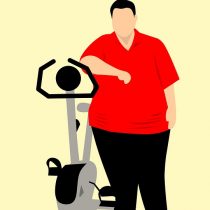 An individual may develop obesity gradually over time by making poor diet and lifestyle decisions. For example, people who regularly consume significant amounts of fast or processed foods may develop obesity overtime since such foods have high sugar and fat. Alcohol has a lot of calories, thus people who indulge in heavy alcohol consumption are often overweight. People who eat a lot and drink too many sugary drinks often develop obesity. People make poor diet and lifestyle choices for a number of reasons. Friends and relatives who eat a lot may influence a person to increase their food consumption. Factors such as depression and low self-esteem often contribute to obesity among people who eat to make themselves feel better. People acquire most of their habits from their environment, thus people who grow up in environments with an unhealthy eating culture are very likely to pick up these habits and develop obesity.

Inadequate physical activity is another significant factor related to obesity. A large number of people have jobs that involve sitting for long periods. They also use cars to move from one place to another, rather than cycling or walking. Many people also spend most of their free time watching TV, playing computer games or browsing or playing computer games and rarely do regular physical exercises. When you eat food, it generates energy for the body, and if you are not active enough, this energy is stored in the body as fat leading to obesity. Regular moderate aerobic activities such as fast walking and cycling can help reduce fat in your body and keep your body in shape—however, people who are obese need to do more regular physical exercise to lose weight.

In some situations, underlying medical conditions can lead to weight gain. For example, Someone experiencing hypothyroidism may develop obesity since their thyroid gland is underactive and not producing adequate hormones. Cushing’s syndrome may also lead to obesity through the excess production of steroid hormones. Drugs such as corticosteroids, antidepressants used to treat mental illness, and medicines for epilepsy and schizophrenia can lead to weight gain. Smoking habits can sometimes contribute to weight gain. Research also shows that chemical exposures can play a role in weight gain and energy balance.

An individual’s genetic makeup or inherited traits is an essential factor that contributes to obesity. Genes instruct the body about how to respond to changes in the environment. Obesity can occur in an individual when variants in multiple genes increase hunger and food consumption. Sometimes a specific variant of a single gene may lead to obesity. However, most of the time, obesity is caused by complex interactions among several genes and environmental factors. One of the genetic conditions that may result in obesity is the Prader-Willi syndrome, which affects the hypothalamus and leads to delayed growth and a never-ending appetite.

The best way to remedy obesity is by adopting a healthy lifestyle habit, such as having a proper diet and regularly doing physical exercise.… 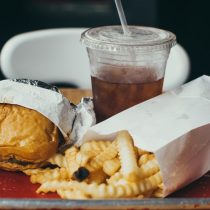 Obesity is a significant health concern here in the US and across the globe. It affects the health of children, adolescents, as well as adults. Higher medical cost is often associated with people with obesity. For example, in 2008, the medical cost of people with obesity in America was $147 billion. People who had obesity spent $1,429 more on average than their counterparts. The CDC’s most recent research on obesity showed that the prevalence of obesity had increased from 30.5% in 1999/2000 to 42.4% in 2017/2018. The prevalence of severe obesity had also gone up from 4.7% – 9.2%. In most cases, obesity is a result of poor eating habits and inadequate physical exercise. Sometimes obesity can result from a medical condition, use of certain drugs, or a person’s genetic makeup.

Obesity can result from different causes. Some of these include a poor diet, lack of activity, genetics, and medical reasons. Obesity significantly affects the mental health and quality of life of an individual. It is one of the leading causes of death in the US alongside diabetes, cancer, heart disease, and stroke.… 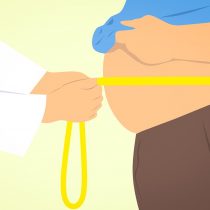 The annual report referred to as the “State of Obesity” is based on information from the CDC’s Behavioral Risk Factor Surveillance system. The report also showed an increase in adult obesity rates in 33 states. South Carolina has only experienced a slight increase in adult obesity rates in the last year. However, the state’s ranking went down from 10th in the previous report to 14th.

In 2012, it was uncommon to find a state with an obesity rate higher than 35%. However, in the most recent report by Trust for America’s Health, two states–West Virginia and Mississippi had tied for the first spot with an obesity rate of 39.5% each. The CEO and president of Trust for America’s Health, John Auerbach, said that this new information was an indication that the state of obesity in America is getting worse. For almost 50 years, obesity rates have had an upward trend, and America has not yet found an ideal way to address the crisis.

According to the report, people of color often experience higher obesity rates since they are more likely to live in neighborhoods with inadequate access to social amenities for physical exercises and healthy foods. South Carolina’s African-American community ranked 9th in the US, with an obesity rate of 42.3%. The rate of obesity among Hispanics was 27.6%, while that of non-Hispanic Whites was 30.8%. According to the report, obesity is more prevalent among women than it is among men. Women have an obesity rate of 36.2 % while that for men is 32.3%. Among people aged 18 years and above, people between 45 and 64 had the highest obesity rate at 40%, followed by 26-44 year olds at 36.2% and people aged 65 and above at 31.5%. People aged 18-25 had the lowest rate of obesity in Southern Carolina at 19.5%. High school students from Southern Carolina were ranked 6th in the nation with an obesity rate of 17.2%. The data showed that the rate of obesity among children aged between two to four years old enrolled in WIC had decreased over the years. The rate of obesity among people aged 10 to 17 years old was found to be 17.6%.

To address the obesity epidemic, Trust for America’s Health recommended that South Carolina and other states should expand programs such as the Special Supplemental Nutrition Program for Women, Infants, and Children, or WIC, which has significantly reduced obesity rates among children in the past. They also advised all states to raise the price of sugary drinks and to allow the Medicaid programs to cover programs that have been proven to be effective such as the pediatric weight management program.…